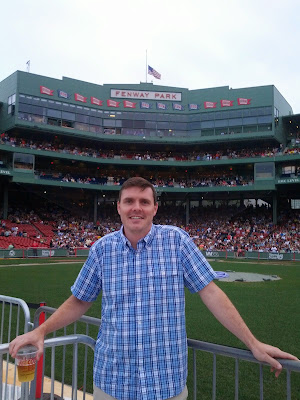 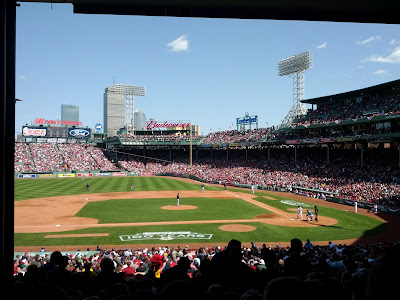 Guess how much the beer is?

Guess how much the seats are?

Finally Made it to Fenway 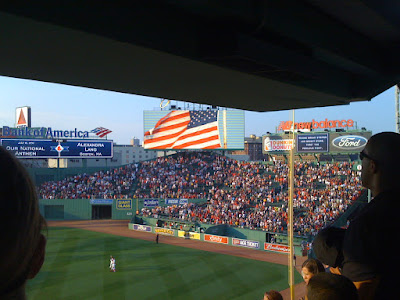 The best seats are still from the Edge.
Posted by Matt at 4:04 PM No comments: 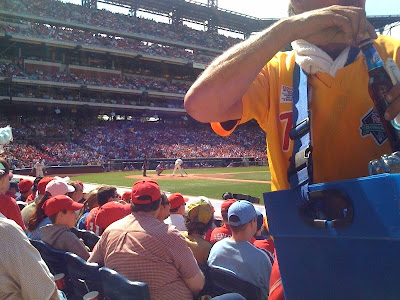 Seven fifty beer I can deal with. Seven eighty offer I got last week I
can neither deal with nor respect. I wonder how much beer is at Fenway?
Posted by Matt at 12:38 PM No comments: 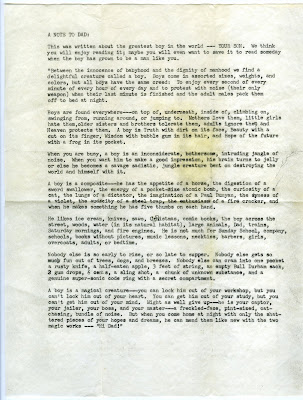 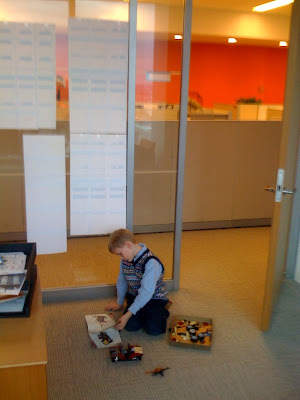 I have yet to spend a day or evening working from home. I planned to
do so a couple of weeks ago but just went downtown in the end. It is
far more distracting working in an office. What I miss the most about
the home office are the kids working quietly in the Lego Factory.

Today Jack spent the whole day with me. We took the 8:04AM R5 from
Daylesford. We got a Dunkin Donut and registered at the Comcast
Center. SpongeBob and Jimmy Neutron replaced news on my TV and Jack
met some other children in CIMcity, played PingPong and RockBand and
raided the kitchen for some candy. We managed to get the Xbox360
running.

In the end, what Jack spent hours doing was building a Lego kit on the
floor of my office. I put some news on, dug into some email, and it
was like being back in the Lego Factory even though we were really
downtown. 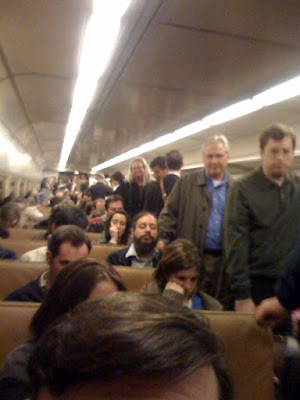 It doesn't matter how old and dismal a SEPTA regional rail car is,
when you are riding out on the platform between cars because it's
beyond standing room only there is plenty of fresh air. This morning
the trains were late and screwd up. I heard on KYW 1060 that it was
due to dew on the rails and wet leaves. All I know is that a few
commuters starting at Daylesford were surprised (and unsafely stunned
standing close to the tracks) when the late train from Paoli raced by
and skipped our platform. This evening platform 4B at Suburban station
was jam-packed. The 6:09 Thorndale express was way behind and the 6:12
Malvern local was at least 15 minutes late. THE LAST Phillies World
Series game was coming on soon and everyone wanted to get home. It's
7:20PM and I am halfway home. I left Comcast Center at 6:04PM.

I was almost the last person on the train boarding at Suburban. We
squeezed onto the platform cab. I felt bad for about one second for
the ton of folks at 30th Street Station who didn't stand a chance. One
tenacious lady budged in - she must have been from New York.

At Overbrook, the conductor insisted on dropping the hatch to the
stairs and we had to squeeze in further and then ridevin the air.
After a couple stops the capacity reduced enough to get folks off the
platform cab. And I grabbed a seat and took this shot over my head.

This commute is really going to get old this winter. Lesson learned
though. In this economy you either get a warm seat on SEPTA or you
get cool fresh air - never both.

That MLB.com iPhone application may earn it's keep yet ...